An Introduction to the Bach Flower Remedies

An introduction to the Bach Flower Remedies

The healing power of nature has been known almost since time began. Flowers and plants uplift us. Scents give pleasure, colours and forms entrance us, and the whole splendour of nature nurtures us. On a more physi­cal level, plants give us food and medi­cines.

Masuru Emoto, in Japan, has done some fascinating work on the snowflake-like Patterns in Water, that can be left by the purity of the water (not surpris­ing), the effect of music on water (really curious), and the patterns that words and flowers can leave in water (mind blowing) – see www.hado.net for more information. What is more, everything in the world is connected at a vibrational level, as modern physics and relativity theory tell us.

We all know instinctively which flowers and plants we like to look at. We are now discovering that just seeing them and touching them can help us feel differently. Even more interesting, mak­ing a flower essence, and taking it, can help support our feelings. Nature can help support us to reflect on our expe­riences, moving us on from stuck frames of mind and uplift us. Nature helps us feel better! 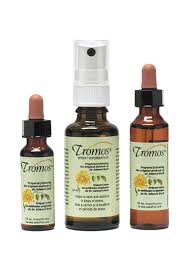 Bach Flower Remedies Dr Edward Bach (1886-1936) was a medical doctor, bacteriologist and home­opath. He is known in homeopathy for the Bach Nosodes, made from bowel flora. In the 1920s he practised homeo­pathy in Harley Street, London. How­ever, he is better known for his work in creating the Bach Flower Remedies.

Bach had three key insights. First, he observed that people were of a number of different types, according to their out­look on life and personality (just as in homeopathy we have the great consti­tutional polycrests such as Pulsatilla, Nux vomica and others). Second, he developed his intuitive sensitivity to the point where he was able to experience an emotional state, and then find the support from nature (in the form of an essence from the appropriate flower) that resolved this state. Third, he devel­oped a method of transferring the energy from the trees and flowers that he found helpful to water, which he then preserved with brandy, and so was able to dispense remedies from this source. 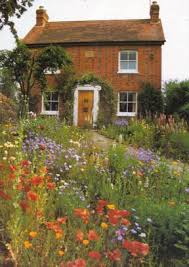 Bach worked with his new remedies, in London, Cromer and finally settled for the last years of his life near Wallingford in Oxfordshire. His work was carried on after his death first by Norah Weeks and Victor Bullen, and then by others from the Bach Centre at his house, Mount Vernon in Sotwell. Gradually people around Britain and then the world became intrigued by the benefits of his “drops”.

Bach Flower Remedies are powerful yet gentle healing tools that can catalyse the resolution of deep emotional imbal­ances, as can homeopathy. Where they differ from homeopathy is firstly that being a complete system of only 38 remedies and one combination there is far less choice than faces the homeopath, even for an acute prescription. Second, there seems to be no possibility of a “proving” – that is an adverse effect of creating the medicine picture in a patient by taking a homeopathic medicine day in day out for a period of time – Bach remedies are not potentised sequentially by succussion, merely by the sun or by boiling, and then a one step dilution to stock essence, and one further to treat­ment bottle. Aggravations can occur, but they are rare and short-lived. Third, Bach remedies do not appear to have direct effects on the physical body or physical symptoms, as can homeopathy. Instead, they work through the “men­tals and emotionals” – the more subtle aspects of a remedy picture.

Introduction to Meditation with Alex

Experience Deep Exploration of Past Lives

Soul Searching for Joy and Happiness